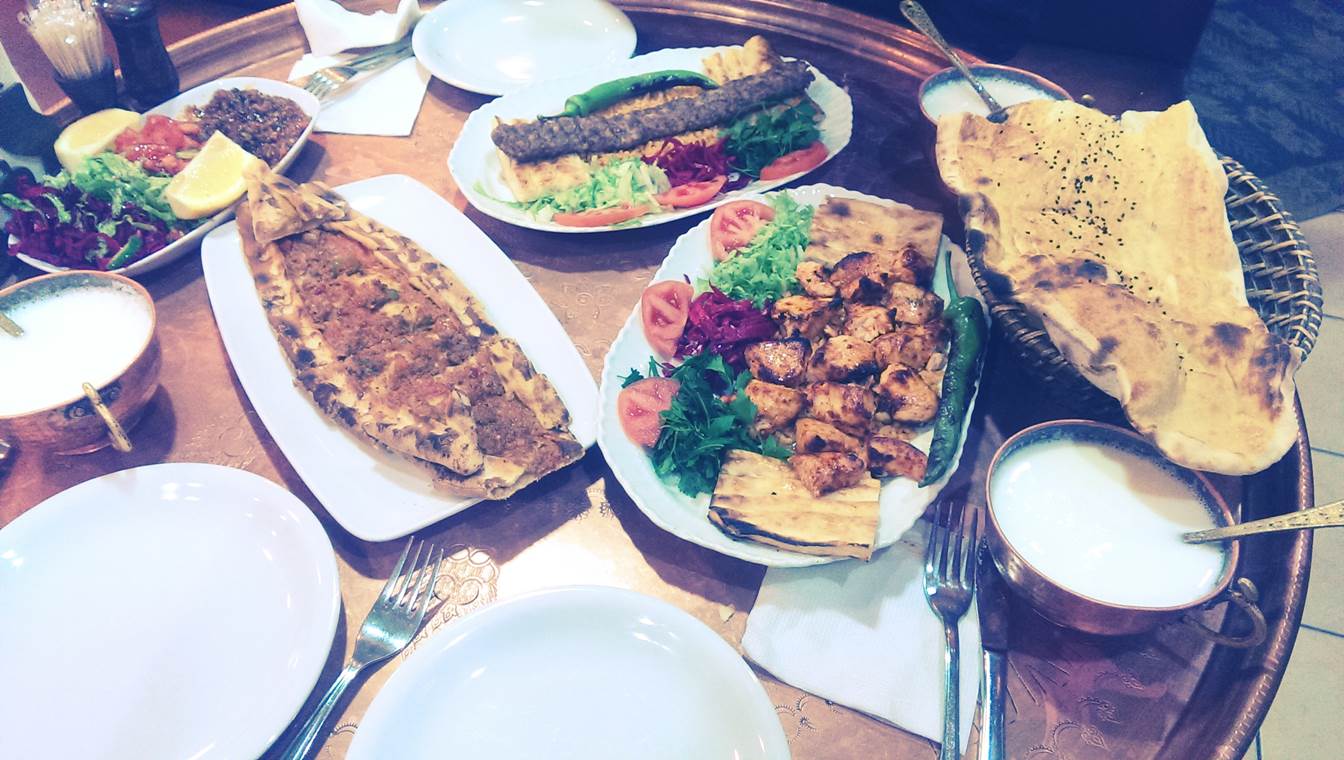 I love to eat and try always something new. The first thing on my mind after buying a flight ticket to Istanbul was a food. Well, it is obvious because not just in Slovakia but almost everywhere is a typical Turkish Kebab very famous. But it was just kebab I was looking for. While watching a TV show about food in Turkey I saw a guy eating deliciously looking fish sandwich made on a small boats floating on the river. At that time I knew Istanbul was going to be great. 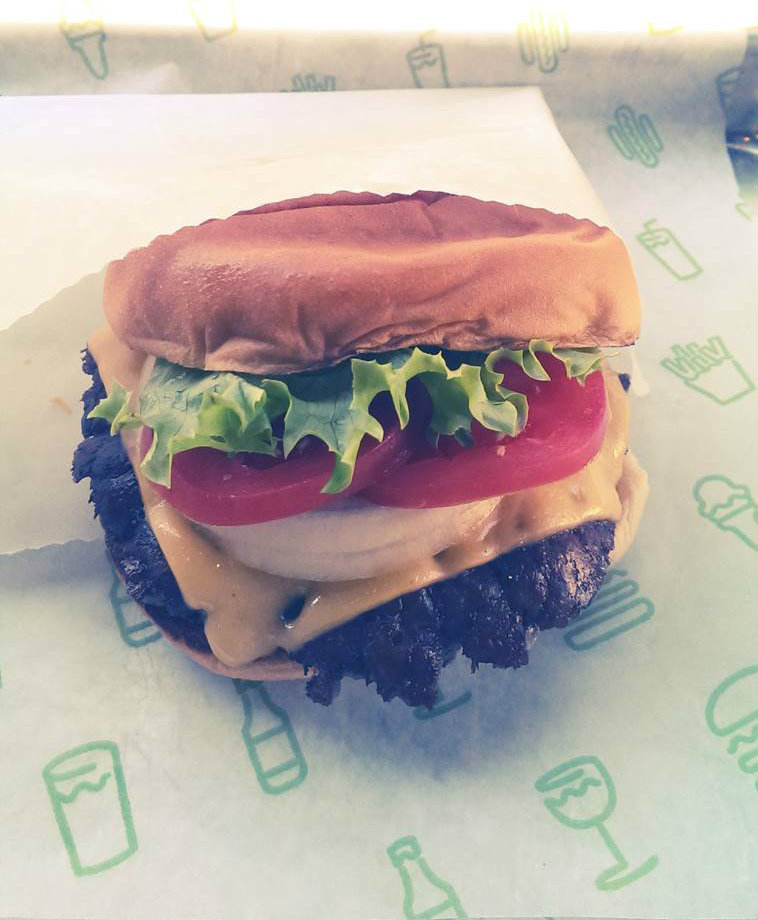 As a first food, which we ate in Istanbul instead of sandwich bought at Budapest airport was and yes I know it is definitely not Turkish, was a hamburger. But it wasn’t just any hamburger. It was a Shake Shack burger which I ate first time in New York in December 2013 and it blew up my taste buds. I read on a tripadvisor.com forum that it supposed to be one of the best burgers in New York and I couldn’t believe that I saw Shake Shack in Istanbul as well. Since my girlfriend also loved hamburgers we had to buy one just so she can try it. I can say that she was amazed. It doesn’t look like much or anything so tasty, but trust me, this is one in my most delicious top 3 hamburgers I have ever eaten in my life. 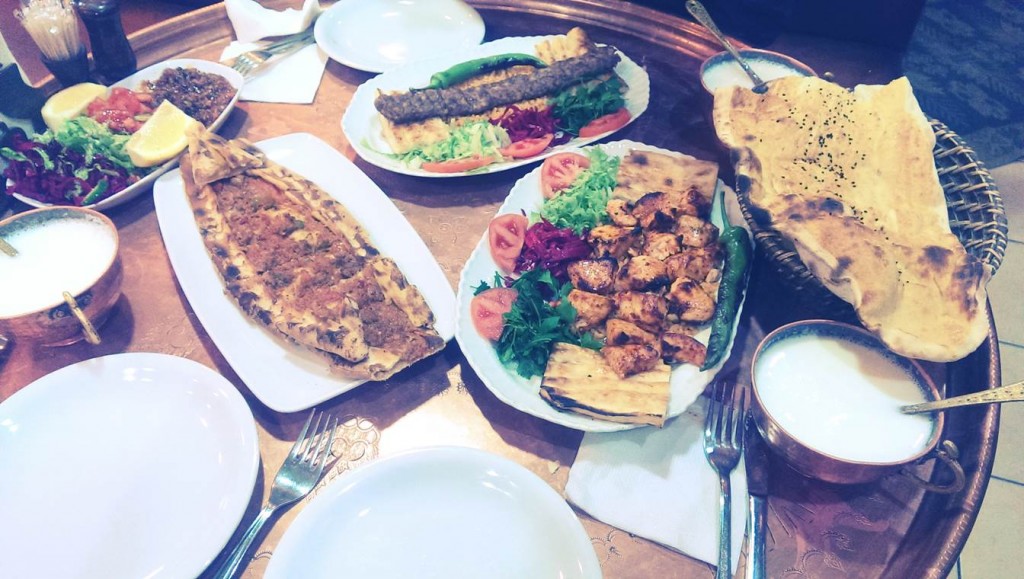 Probably the first night was also the best from a food point of view since we went to a typical Turkish restaurant with our couchsurfing host Nastaran. For this I love to get in touch with locals because they know places which average tourists don’t. As you can see in the picture we ordered various plates so we could share and try something new. Starting from the left, there was a typical salad. As a drink, Nastaran order for us typical Turkish yogurt-like drink called Ayran. The consistency can vary, but this one was like a milk and tasted a bit sour to me. You can find ice cubes inside like I did, which was a surprise for me, but you are supposed to drink it cold. It is very common to see locals drinking Ayran instead of a Coke for example with their meals. I guess I can say it is similar to one Slovak drink called “žinčica“. That small boat on the plate is a Turkish pizza called Pide. The meal which looks like a long tongue or if you want something else 😀 is actually a Turkish Kebab. As a big Kebab lover, I always thought that Kebab is supposed to be just sliced meat in some Turkish bread or how they call it. All this misunderstanding is because of what we have in Europe is not the real deal I guess. Anyway, so this is how most of the Turkish people like to eat their Kebab. At least that is what I was told. I have to say it was good, but I prefer our European-style Kebab with dressing and Arabian bread, that’s how we call it in Slovakia. Then we ordered a grilled chicken, which was very tasty but a little bit spice. I am like a small baby when it comes to spice foods, so probably it wasn’t spice at all, just for me. The last but not least important was a typical Turkish homemade bread at the local restaurant which was very tasty and good to eat meat with. 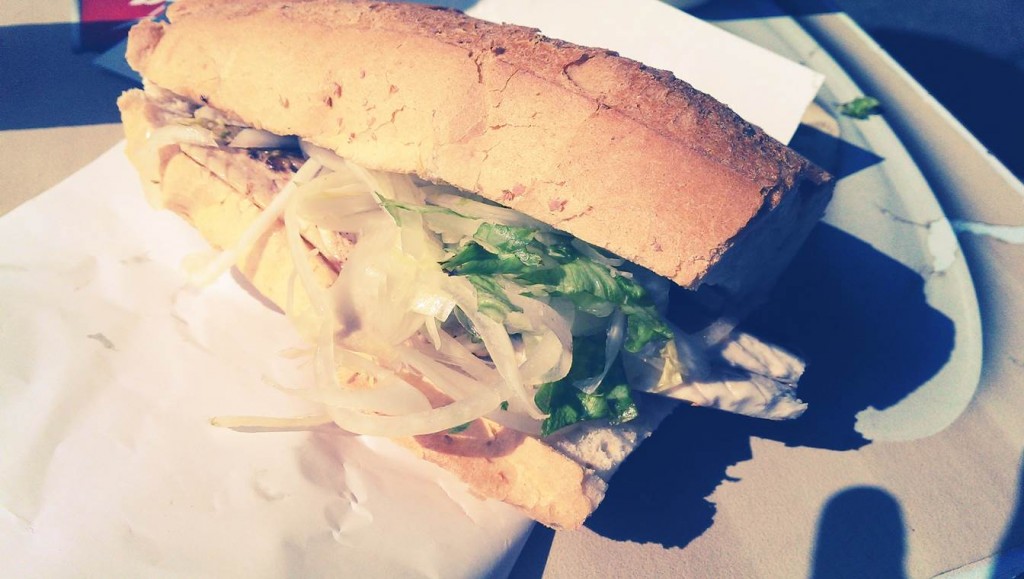 Balik Ekmek or a fish sandwich was definitely a must-eat food in Istanbul. It is as easy as it sounds. Fresh bread with fresh fried sardines, onion and lettuce. Might not sound as much but the taste was very good. This exact sandwich I got near Galata bridge at Eminonu pier with its 3 boats/small grills where the sandwiches are prepared. Eating the sandwich was one think, but looking how they prepare them was maybe even more exciting. Several men on a small boat working like a robots in a factory without any problems and I didn’t even mention those boats were tilting like crazy. I guess they must feel there like drunk all the time. 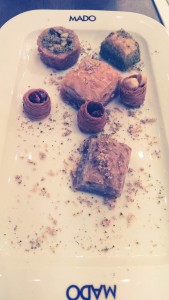 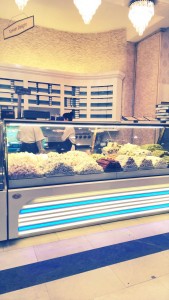 Turkey is well-known for its sweets and we couldn’t miss that opportunity. For example Baklava was my favourite. First time when I tried these sweets, all of them were my favourite, but after 2 days was just too sweet for me to eat more. But it is definitely something you should try. 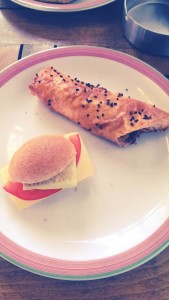 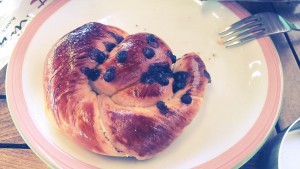 Just for the record, we ate much more, but I didn’t make notes and pictures about all just the most delicious and important from my point of view.

I would like to finish this post by describing our last night and small confusion at the great local grill restaurant called Adana Ocakbasi. We found this restaurant by coincidence. We noticed that restaurant was full and that was a good sign, so we waited for a table. The confusion had started when I didn’t find anyone who would speak English from staff. Restaurant was full of men in suits and looked quite fancy for this. We only had like 25 euros or a credit card which I wasn’t sure they accept there. So we were already sitting, but didn’t have a clue what was the menu and prices there. We were the only tourists there so you can imagine those looks when I tried to communicate with a waiter to show me the menu. I guess there was no menu, because he just showed me the raw meat from the fridge and told me the price of each one. Yes, as you guess right, I didn’t understand a thing 😀 Not having ordered anything yet, we were already given a salad, Turkish bread and some kind of dressing from sour cream and cucumber. Thankfully there were sitting 2 men near us who spoke English and explained us how it works there. Finally knowing the possibilities I tried liver from lamb and grilled chicken wings was a safer choice of my girlfriend. The meat was sensational. Our new restaurant friends also offered us two shots of Yeni Raki(alcohol), something similar to Ouzo in Greece. Those two men advised us to mix it with some water so it is not that strong and later even chase it with another cup of water which was very strange for me. Come on, if it is a shot, you are supposed to drink it like a shot without pouring more water in it. I guess they are not used to drinking that very often. 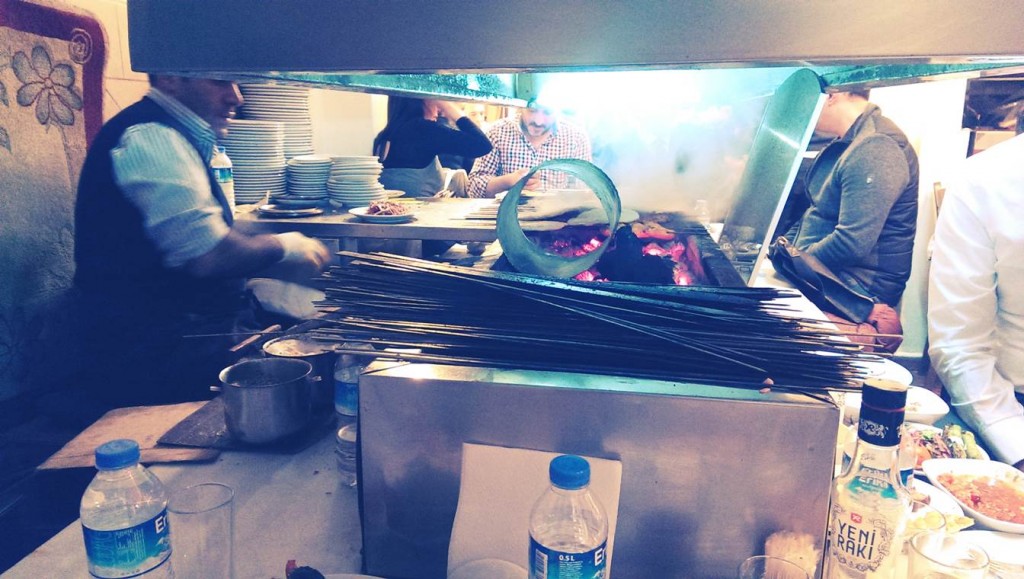 After a delicious dinner, we didn’t have much time to chat since there were other people waiting to be seated. I was told that this restaurant is considered to be one of the best places to get a grilled meet in Istanbul. This made me realise that my 25 euros might not be enough in such restaurant…Finally, the check had arrived and I was pleasantly surprised with its amount of 13 euros.

So what lesson I have learned from this short story at the restaurant?

That it is worth waiting to be seated at the cool looking place where no English is spoken and with locals willing to share their own drink with you while a chef is making a great meat on the grill literally a few centimetres in front of you. 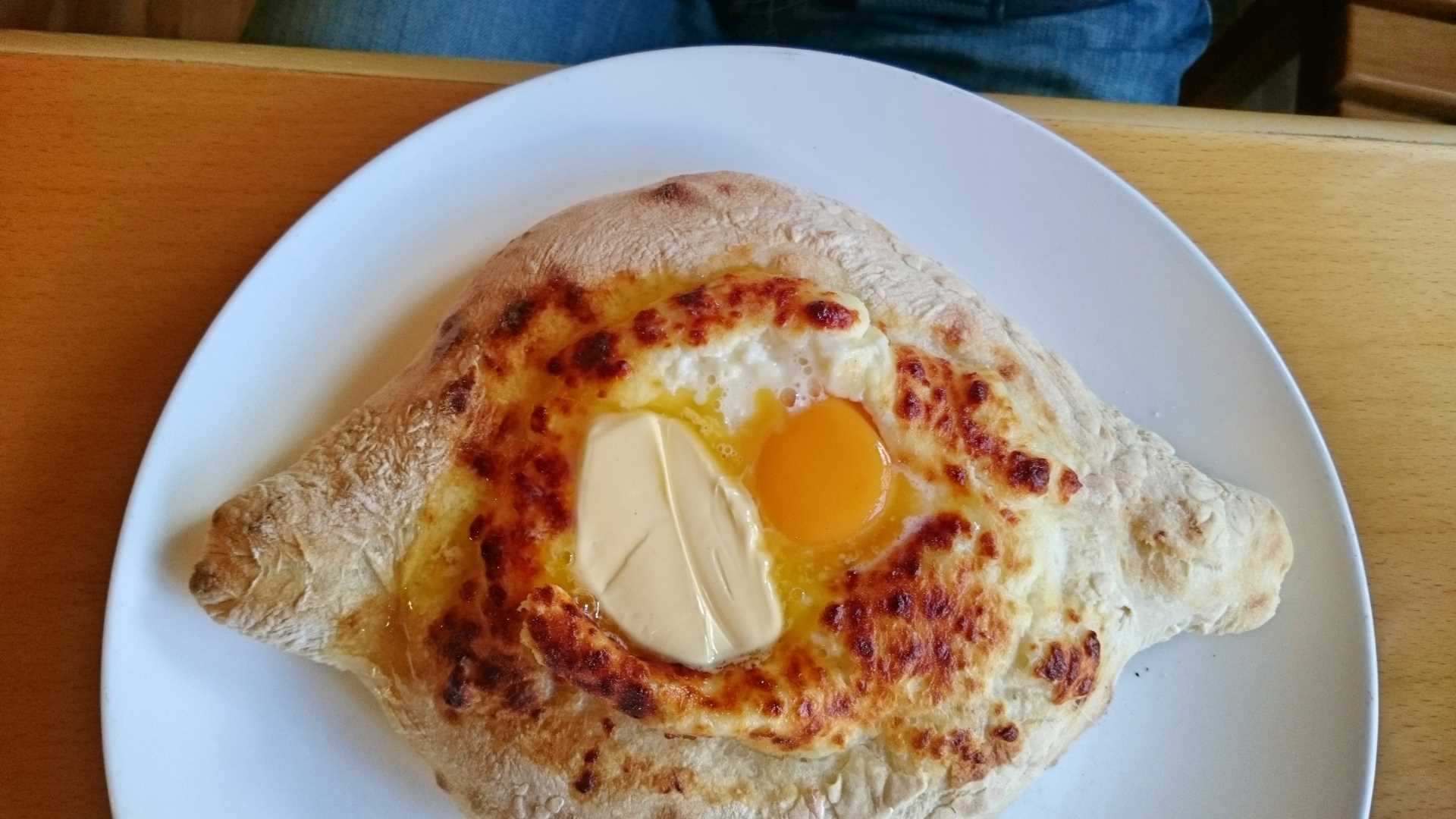 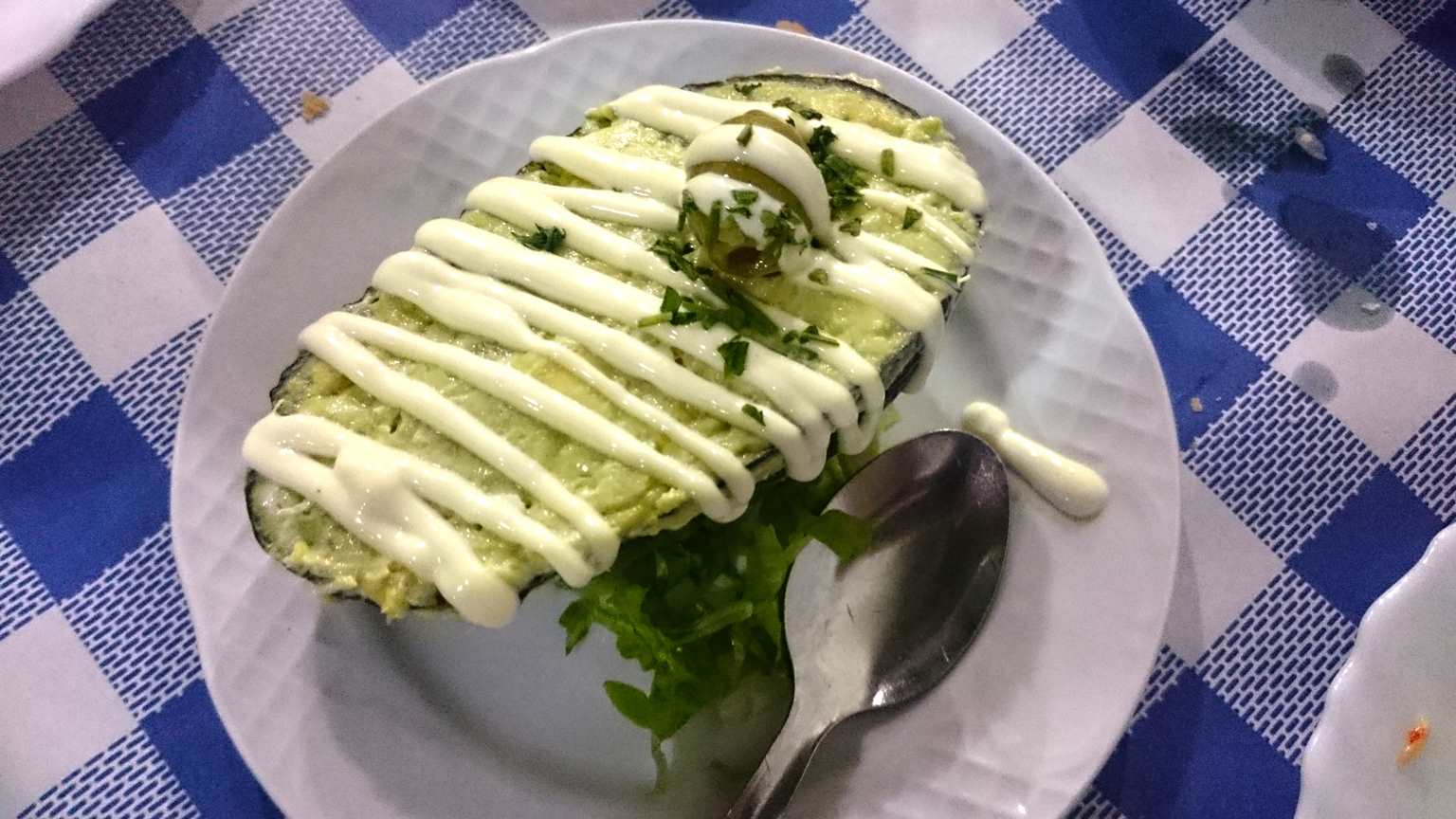